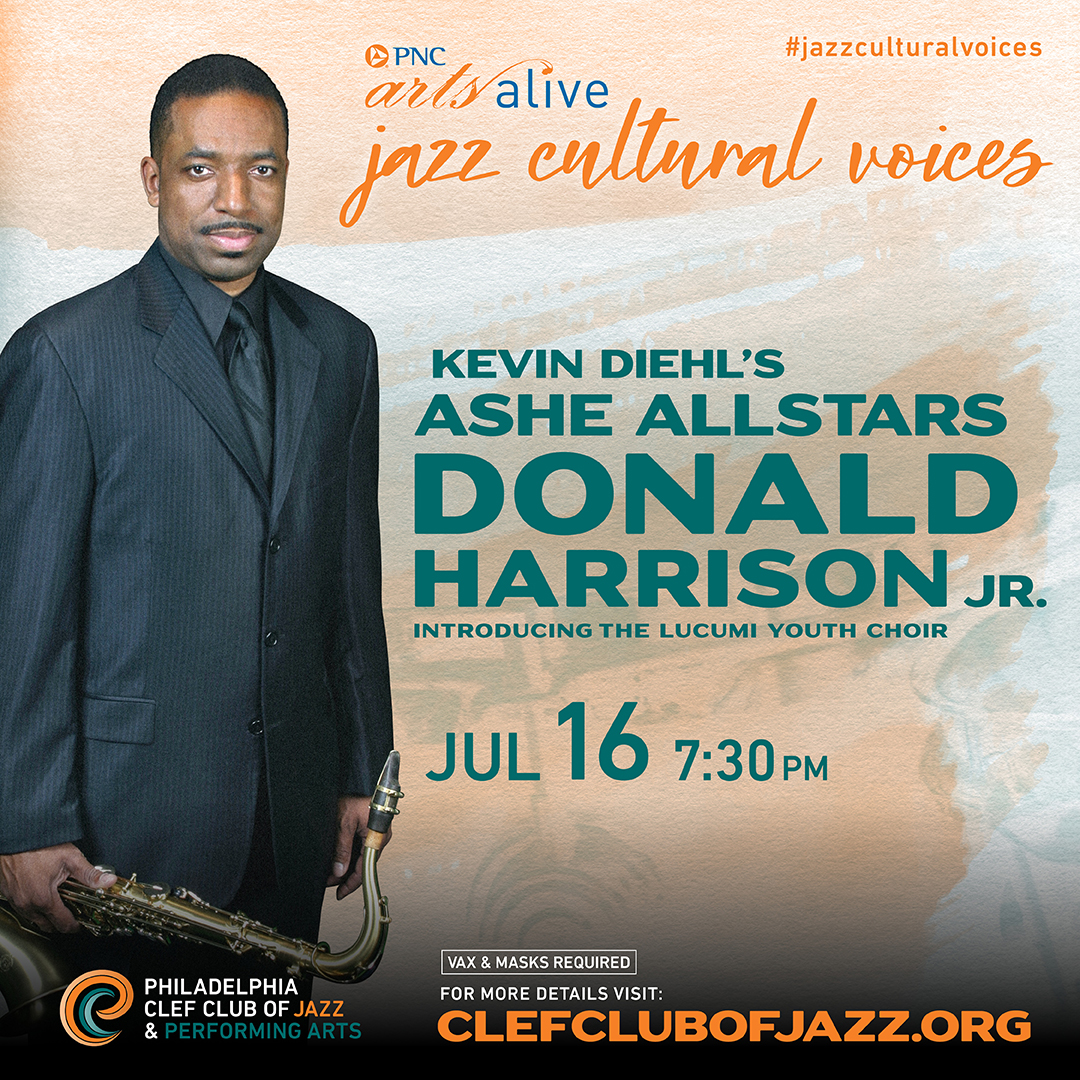 This evening at the Philadelphia Clef Club of Jazz and Performing Arts, and in this installment of the “Jazz Cultural Voices” concert series saxophonist Donald Harrison, joins Kevin Diehl and the Ashe All Stars celebrating these musical traditions and their impact on the current day.

Join us in an evening celebrating the musical ties of Jazz, Afro Cuban Rumba and Lucumi Song Culture.

Donald Harrison along with the artists assembled have performed or recorded with some of the iconic names in jazz, Latin, and folkloric music.  New Orleans born is a musician and composer who master musicians consider a master of every era of jazz, soul, funk, and a composer of orchestral classical music.  In the HBO drama Treme, Emmy winning director David Simon created two characters to portray how Harrison innovated new styles of music.  Harrison has appeared as an actor/musician in 9 episodes of Treme, Oscar- winning director Johnathan Demme’s film Rachel Getting Married, Spike Lee’s When The Levee’s Broke documentary, and Marvel’s Luke Cage.

Kevin Diehl is a Philadelphia-based drummer, percussionist, and composer.  He came of age on the 1980s New York Loft Jazz scene and jam sessions.  There, he led bands, and worded and studied Afro-Cuban drumming with Jerry Gonzalez.  Returning to Philly, Diehl dedicated himself to the Lucumi cultural drumming.

This new youth choir sings the Afro-Cuban Canon and is based at OMO ORISHA ILE OSHUN TEMPLE, Philadelphia