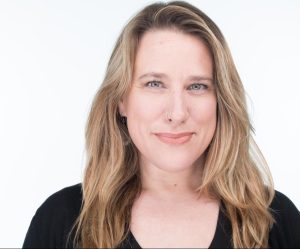 Heather Shayne Blakeslee believes in empowering people and communities to create a thriving economy and a living future. For two decades, she has worked as a sustainability, social justice, and arts advocate, and she’s received citations from her work from the Pennsylvania Environmental Council, Philadelphia City Council, and others. She wants to make Philadelphia a world-class city.

Blakeslee is the founder of Red Pen Arts, LLC, a consultancy that specializes in strategy and operational support, event management, and editorial services for social entrepreneurs and the arts culture sector. Red Pen Arts is also the publisher of Root Quarterly, a journal of art and ideas that launched in the summer of 2019. She’s proud to support her fellow musicians by serving as Jazz Philadelphia’s Executive Director, and looks forward to securing Philadelphia’s place as a vibrant, diverse, and innovative arts and culture destination. Shes also proud to serve as the Vice President of the Board of Directors at the Philadelphia Folk Song Society.

Prior to founding Red Pen Arts, Blakeslee served as the COO at Red Flag Media, an independent publisher of music and sustainability magazines, and as the editor-in-chief of its publication Grid, a Philadelphia-centered urban sustainability and culture monthly. For seven years, she worked at the Delaware Valley Green Building Council (now Green Building United), most recently serving as its Deputy Executive Director, where she led the 150-person volunteer Host Committee—and accompanying projects and event production—when the Greenbuild International Conference & Expo was held in Philadelphia in 2013. She has also held various volunteer posts with the U.S. Green Building Council, at one time co-chairing their Social Justice subcommittee.

Earlier in Philadelphia, she worked on the multimillion-dollar capital campaign for the LEED Platinum renovation of Friends Center, a historic Quaker complex and locus for peace and social justice in the city. She also worked for Bread & Roses Community Fund, a social justice grant-making organization. Prior to moving to Philadelphia, Blakeslee spent six years in New York City at Poets & Writers, a national nonprofit literary organization. She has served on the advisory board for an Overbrook Environmental Education Center environmental justice initiative, on the advisory board of the art and sustainability organization RAIR, and as a co-chair for Philadelphia’s Urban Sustainability Forum.

Blakeslee is also a writer, actor, producer, and an award-winning singer-songwriter. Her Americana folk-noir band Sweetbriar Rose—now at work on a sophomore album—has been featured at top regional venues, including appearances at the Philadelphia Folk Festival, the Brandywine Folk Festival, Musikfest, and the New Jersey Folk Festival. The band’s 2013 debut album, Cultivar, was called “impressive and spooky” by critic A.D. Amorosi of the Philadelphia City Paper and “a terrific CD” by the iconic Gene Shay, retired host of WXPN’s The Folk Show. She has recently appeared in the Vagina Monologues, in V2: Creation Myth (which she also co-wrote), and in the Joni Mitchell-inspired Fringe Festival show Paprika Plains. In 2013, she also produced her own multimedia Fringe Festival show, The Articulate Landscape.

Originally from Bloomsburg, Pa., Blakeslee earned degrees in English and Philosophy from Muhlenberg College in Allentown, Pa., and also attended the Centre for Mediaeval and Renaissance Studies in Oxford, England. After living and working in New York City for seven years, Blakeslee returned to Pennsylvania and has called Philadelphia her home for the last 14 years.