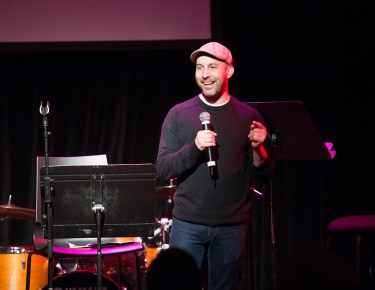 Jay Wahl began serving as the Executive Director at the Flynn Theater in Burlington, VT in 2021. Prior to this new opportunity, he served for 11 years as the Producing Artistic Director at the Kimmel Center for Performing Arts, where he curated and produced hundreds of shows each year, including Wynton Marsalis and the Jazz at Lincoln Center Orchestra, Christian McBride, Herbie Hancock, Dianne Reeves, and more. Wahl was also the creative force behind the biennial Philadelphia International Festival of the Arts (PIFA), one of the most innovative and high-profile art events in the city, featuring special projects from artists like Vijay Ayer, Amir ElSaffar, and Robert Glasper. Wahl also founded the Kimmel Center’s Jazz Residency Program, which operated for 7 years. The program has commissioned and premiered new works from over 15 Philadelphian jazz musicians in an effort to provide opportunities for local artists to create the future of jazz. Wahl has a degree in Theatre Arts from the University of Pennsylvania and was a co-founder of Hidden City Philadelphia, an organization and festival dedicated to helping Philadelphians explore the lesser-known spaces and histories of one of America’s oldest cities. He’s dedicated to finding innovative ways to produce high-caliber performances that delight, inspire, and challenge diverse audiences throughout the region.